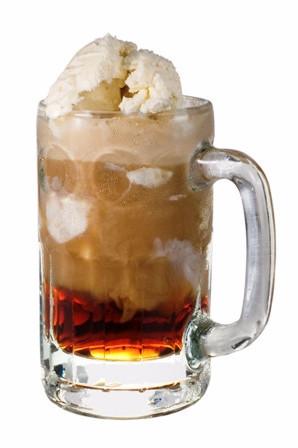 Root Beer Float is a high-quality e-juice that will impress vapers who enjoy sweet blends. This e-juice by Atomic Dog Vapor has the flavor of vanilla ice cream and draft root beer. This e-liquid has an organic taste that does not taste like it contains any chemical flavors. And the sweetness of the vanilla ice cream flavor does not become too much. The taste of the vanilla ice cream and draft root beer is rich. Root Beer Float is the kind of vape juice that you need to have with you during the summer. This Atomic Dog Vapor has a pleasant inhale and exhale that never gets tiring. And Root Beer Float has a rich aftertaste that lasts in the mouth for a long time after vaping.

Root Beer Float by Atomic Dog Vapor is produced with premium quality ingredients by experts. This vape juice contains 70 percent Vegetable Glycerin (VG) and 30 percent Propylene Glycol (PG). Root Beer Float is the kind of e-liquid that you can vape using a rebuildable dripping atomizer (RDA). This e-liquid produces massive clouds of vapor with every hit you take.

Atomic Dog Vapor produces Root Beer Float. This vaping company is based in the United States, with its headquarters located in Erie, PA. Atomic Dog Vapor uses only high-quality ingredients in the produced of its American based e-liquid flavors. Apart from Root Beer Float, Atomic Dog Vapor also has many other e-liquid flavors. Some examples of these are; Nice Melon, Pina Colada, Banana Split, Paw-berry Lemonade, Watt R. Melon, Black ‘n’ Honey Tobac, Funnel Cake. And besides e-liquids, you can also buy other vaping accessories such as herb vaporizers & glass, vaping devices, and coils.