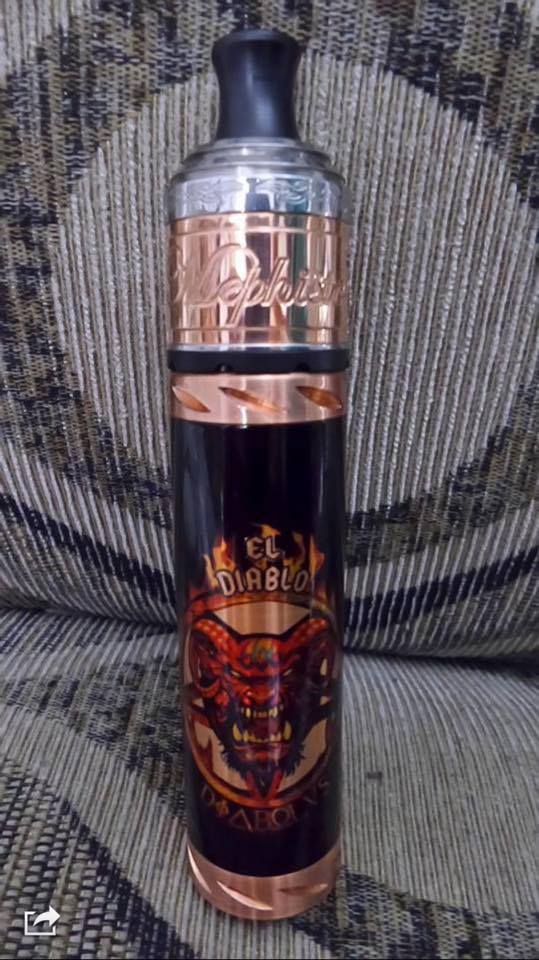 The post on Facebook was announcing the 26650 version of the Mephisto, but the mod is what got my attention.

I’ve been a huge fan of the Mephisto ever since I bought the original Mephisto in black. Just yesterday I got to check out the Mephisto V2 and it’s quite beautiful as well. It’s got some really nice enhancements from the original version and even more air flow.

I haven’t been keeping an eye on newer mech mods since I am more of a box mod guy, but today a friend of mine linked the El Diablo Mod photo to me and I am floored at how beautiful it looks. I realize it’s not “news” but it’s “new” to me. I am not a mech mod fan any more, but that thing is so so nice looking. I love black mods. I must resist.

I started digging a bit and found this on the El Diablo Facebook page.