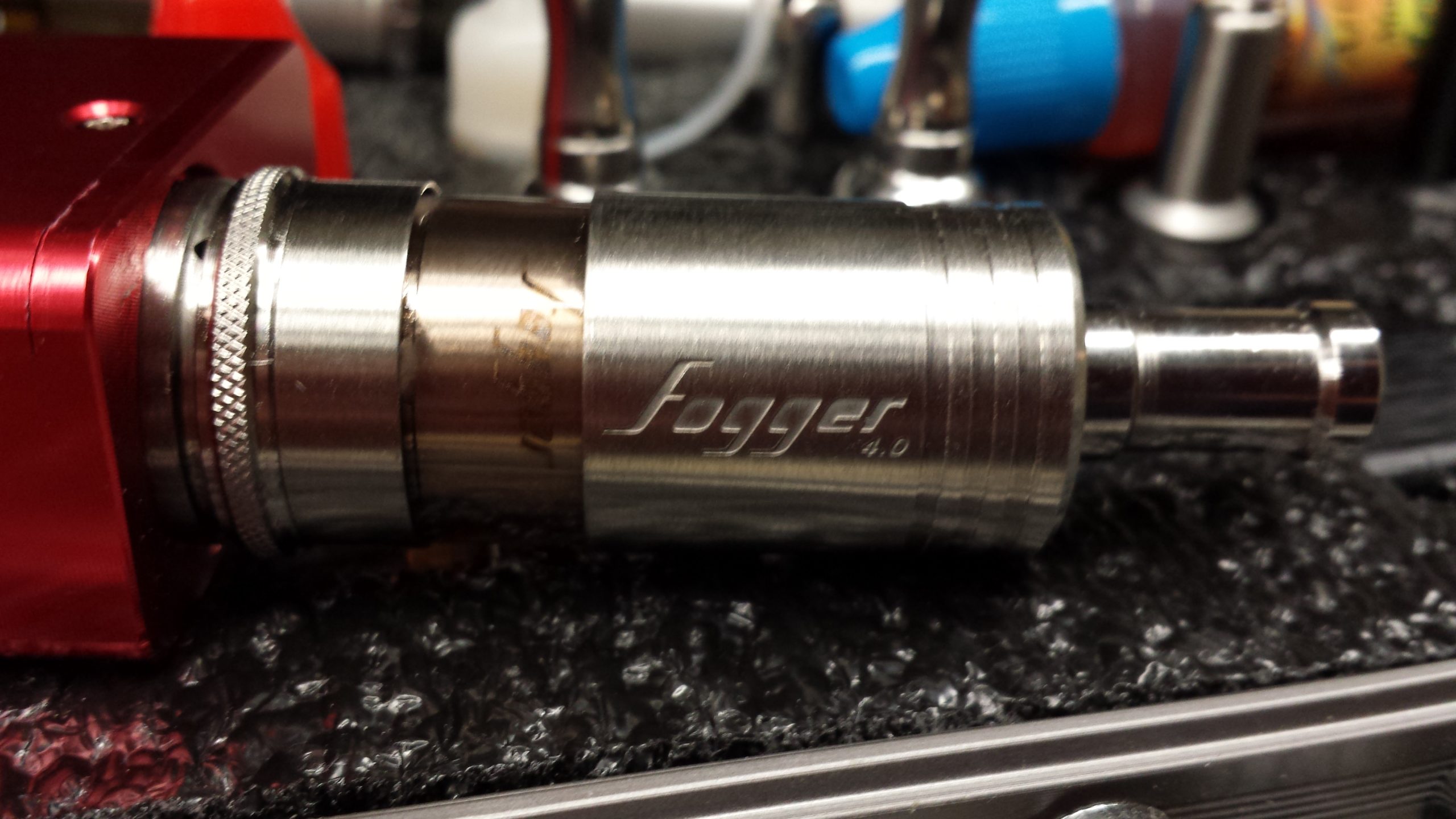 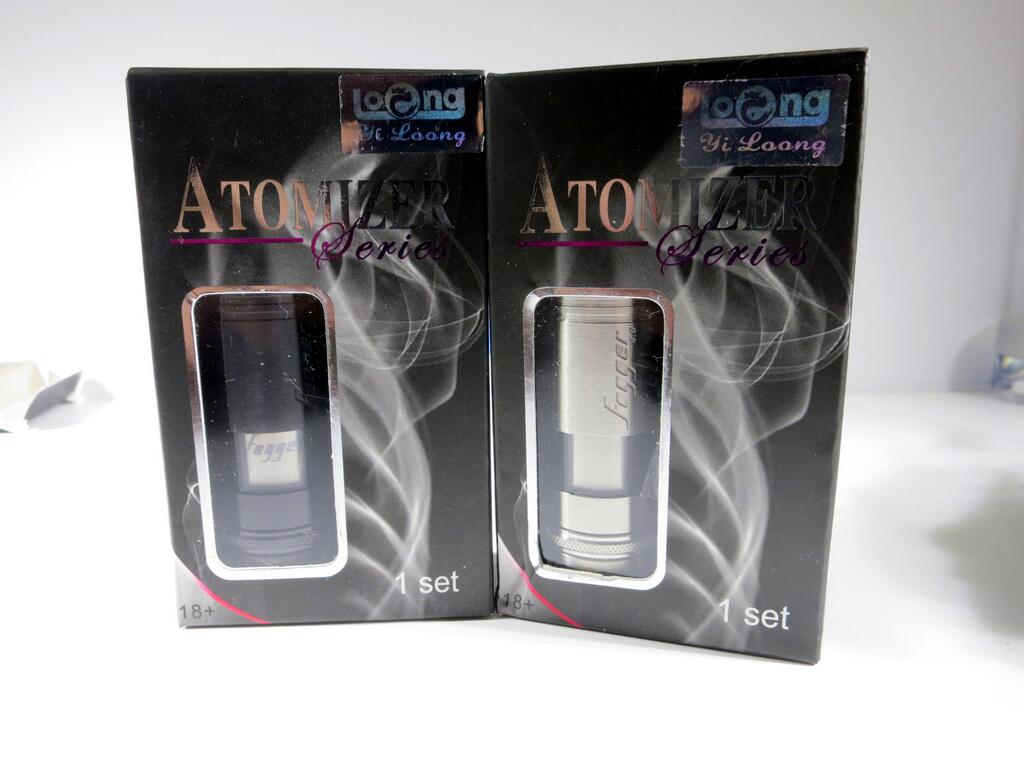 I have pretty much fallen in love with my Kayfun tanks. Once you get the build right, the flavor is unmatched. I’ve talked about how much I love them quite a few times already.

Well, this past Sunday night, a good friend of mine, Todd who owns Zook’s Vapor in Memphis, called me up. He said he knows how much I love the Kayfun and that I needed to check out the Fogger V4. He said he rarely gets excited about a new RBA or RDA, but this one was different. He said the flavor he was getting was on par with his best RDAs. I didn’t doubt him, but I was a little apprehensive.  I took his endorsement and ran with it. He mentioned that he’d purchased them on Ebay, so I searched for one on and ordered a stainless steel and black version.

They arrived and I got to work!

In the box, I received the Fogger V4, a kit of extra parts (silica, kanthal, o-rings, etc), and a screwdriver keychain.

Putting it all back together

The Fogger V4 is designed for dual coil builds. When I build a Kayfun, I normally go for a .9Ω to 1.0Ω coil. I shot for the same thing with the Fogger V4. I built both of the Fogger V4 decks and came out to .85Ω on one and .9Ω on the other. That’ll do for sure. 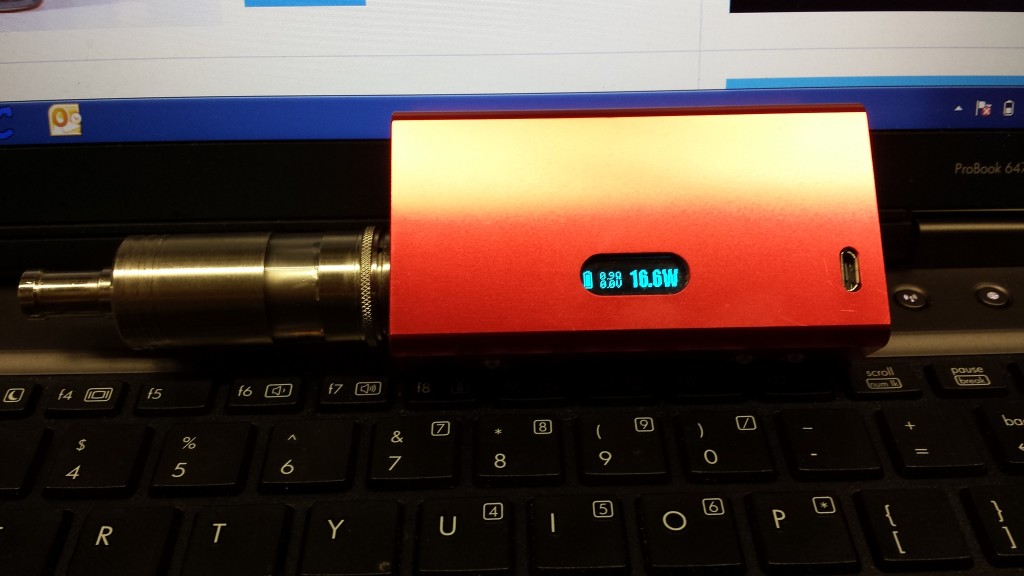 I was quite lucky and both of them went together without a hitch. No dry hits, no flooding… just a great vape.

What is the Fogger V4

Even though I didn’t purchase my Foggers from Eciggity, I see that they are selling the same model. That said, here’s how they describe the Fogger V4.

[quote author=”Eciggity.com”]The Fogger v4 is here! It features 4 juice channels as well as dual coil capability. It also has adjustable airflow ring located on the bottom for different levels of airflow. The unit itself is completely made of stainless steel and pyrex glass. The contact pin is made out of copper for minimum voltage drop. The pin is also adjustable so it can sit flush with many of your devices. The Fogger v4 can hold up to ~5ml of liquid as well. [/quote]

It uses the mechanics of  Kayfun and adds onto it with 4 juice channels instead of 2. It uses a similar method of adjustable airflow to the Nautilus. The Fogger V4 has taken a little bit from a few RBA tanks and created a unique RBA that works great! 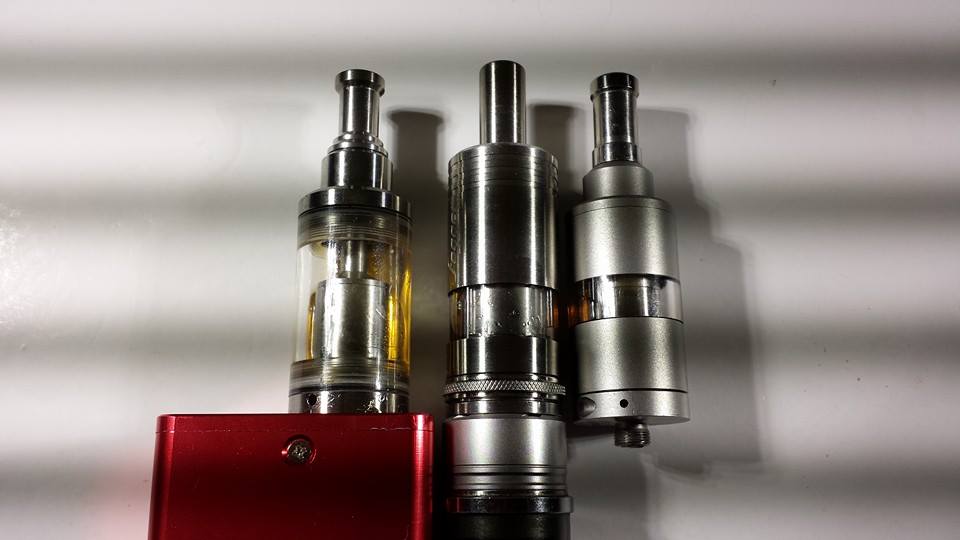 It gives a nice warm vape with plenty of vapor. It looks great. It’s not too difficult to build. If you can rebuild a Kayfun well, you’ll have no problems with the Fogger V4.

I have had no problems with the Fogger V4 yet. The only negative so far is the thread quality. The threads are not very smooth on the stainless version, but the black version seemed to be a tad better.

I can see myself using these in rotation with my Kayfuns for sure. I haven’t fallen out of love with the Kayfun yet and the same day my friend Todd called me going on about how bad ass the Fogger V4 is, I had ordered 2 more Kayfuns. 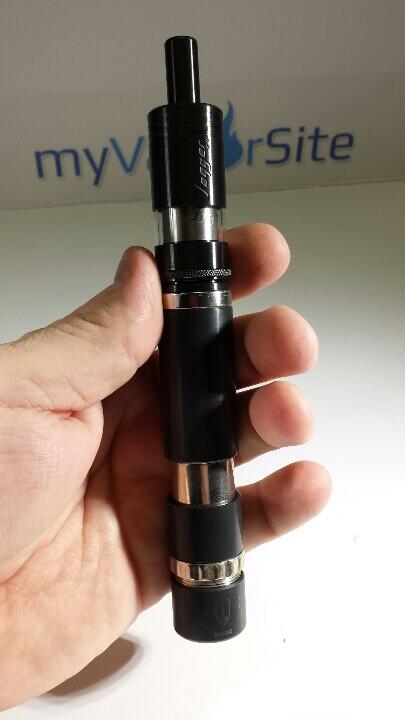 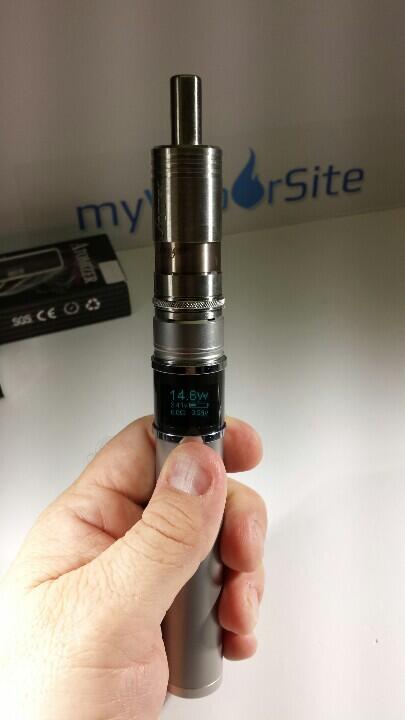 The Fogger V4 on the Black Sioux Mod (left) and on the Sigelei 20W (right).

You can purchase the Fogger V4 from Eciggity for $32.99 currently.