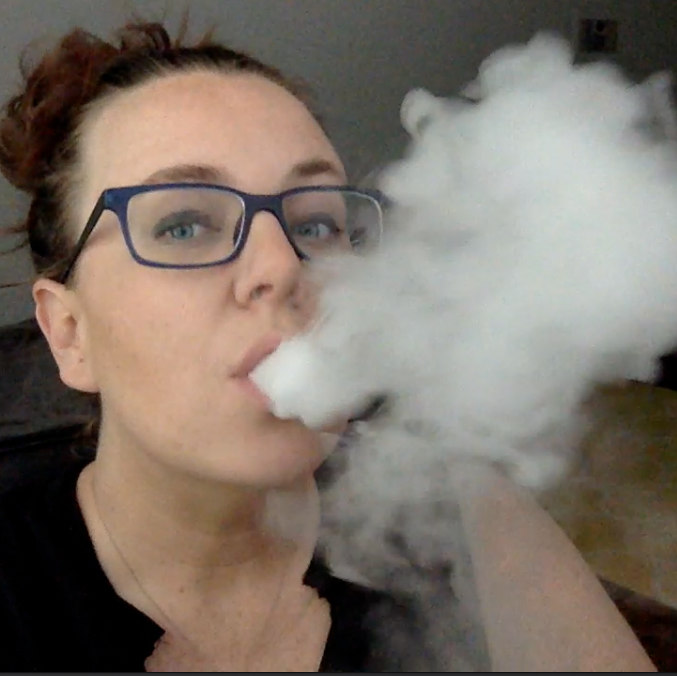 I smoked cigarettes for 10 years. I am an introvert. I started smoking as a way to boost my buzz from alcohol. It helped me make friends and be more social. Somehow, when two strangers both smoke cigarettes, it’s easier to start a conversation. I liked that aspect of smoking.

Initially, the smokes were very few and far between. I rarely bought my own pack, but when I went out, I bummed them off my smoker friends. Finally, I started buying my own packs (Camel Turkish Silver) and was smoking 1-2 packs a week. Over the last few years of my smoking life, I ramped up to about 3 packs a week. This may not seem like a lot compared to other heavy smokers, but it affected me greatly because in 2009, I was diagnosed with allergy-induced asthma. I was hospitalized for 5 days after an asthma attack sent me to the emergency room gasping for air. After this, I quit for a month. But once I felt better and went out with friends, I was back at it again.

At the start of 2013, I had quite a few significant life events occur that helped me make the decision to move to Atlanta, GA. I decided to make another change and quit smoking at the same time. I was familiar with electronic cigarettes because a friend of mine had started using them. So, I did what I normally do, researched the crap out of it!

I visited the ECF forum and YouTube to gather up most of my information and then purchased an ego kit online. My first setup was the EGO Twist and a Kanger EVOD. I started vaping in May 2013. However, I was still smoking too. I moved to Atlanta, GA at the end of the year, finally stopped smoking cigarettes, and have been “clean” 10 months!

Since quitting, I have never felt better! I no longer use an inhaler for my asthma. I rarely get sick or feel sluggish. I don’t smell gross! And the connection I felt to smokers when smoking is even greater with vaping! The vaping community is big and vocal and I love it. I feel so grateful to be a part of it via YouTube and I thank you every day for watching and contributing to the discussion.